Shut Down to Spruce Up

Two weeks (the next two weeks) out of every year we essentially stop all of our production.  During “shutdown” we do everything we can to catch up in regards to maintenance.  Machines that are usually running are serviced and checked without interfering with the processing of leather.  The building is old, really old, so this is an important time for us.  Horween Leather Company, which was I. Horween & Co. before that, has been in this building at 2015 N. Elston Avenue since 1920 (from 1905 – 1919 we were located on Division), and before that there was a different tannery here.  We’ve seen some significant changes over the years, including the extension of Elston Avenue.  Before Elston occupied it’s current path the building was rectangular, as one would expect.  I’m not sure exactly how much of the building was cut away for the street, but you can get an idea from the map linked just above. 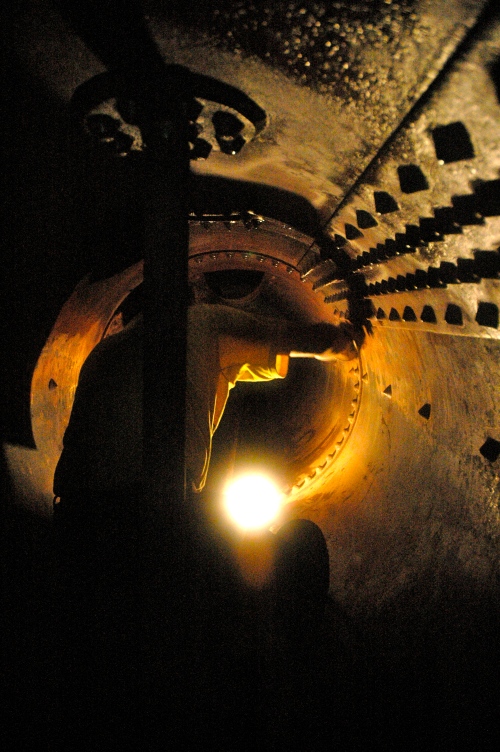 Inside boiler number 2 - claustrophobics stay away.

The main event of these next two weeks is the cleaning and inspection of our boilers.  We have two boilers, built in 1918 and converted from coal to natural gas some time ago, that generate steam for the entire building.  I’ll get back to leather in the next post, but I did think the images were unique and at least interesting…

Inside boiler number 2 – claustrophobics stay away.

Seals and covers of the pipes that carry the heated water.

Elio. The opening to get inside isn’t that big.

Miguel cleaning the inside of one of the large tubes.

One of the firing chambers where the gas is ignited.